When I entered the Mexican state of Baja California mid December, I had no idea I would be still here come late April. Do you miss seeing the wildlife in our National Parks?

I was on my way back to the U.S. in February when the Corona virus hit. Since then I've been "stuck" in a tiny town on the Sea of Cortez, Bahia de los Angeles. National Parks in the U.S. still closed.

Nothing to really complain about though. It's a beautiful place where I'm stuck, really.

Barely 500 people call this place home. It's surrounded by mountains on three sides. Other than a few small stores, there's nothing really to do here besides enjoy nature. So, rather than sit in the sun all day, I wrote an article about the great birding photo opportunities that exist around the Sea of Cortez: read it here.

What I especially appreciate about this place is that it's hours away from the nearest town, which reduces the chance of virus infections.

That being said, the first heat wave has just hit. Life in an RV becomes less fun when the temperature hits almost 100 F or 36 C. Luckily, I can go out onto the water for kayaking to keep me cool.

That being said: it's about time for all of this craziness to end, right?

Looking at pictures of last fall in the Tetons makes me crave cooler weather. Even in late September and early October, the Tetons were getting cold. My RV water tank froze several times, sometimes for 2-3 days on end, before I finally decided to leave the area in search of warmer temperatures.

Moose, with their dense undercoat and hollow hairs, don't seem to mind the cold!

Here's a big bull moose wandering around in a snow covered sage brush field in Wyoming's Grand Teton National Park. Moose are amazing to photograph; they are huge, taller than most horses.

After being "stuck" in the same place for almost 3 months now ... I look forward to someday soon being able to get back to Wyoming and Montana's wilderness areas, where the temperatures still hover around freezing at night and the wildlife runs wild! 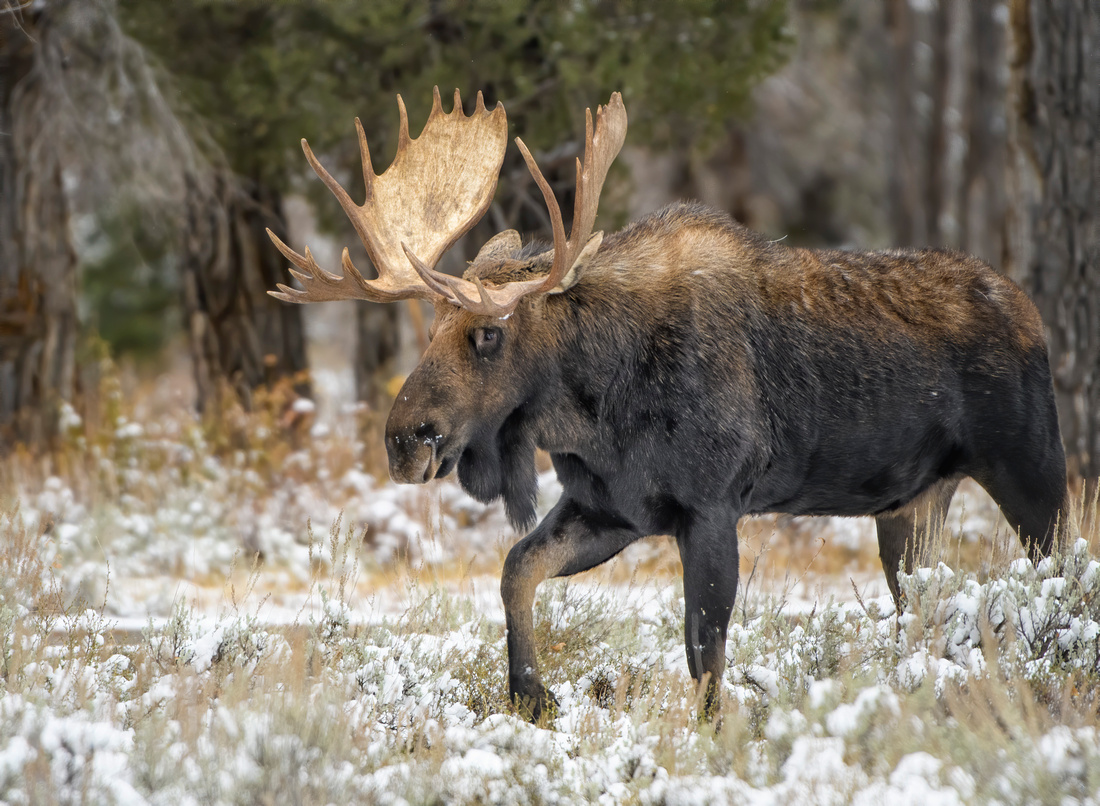 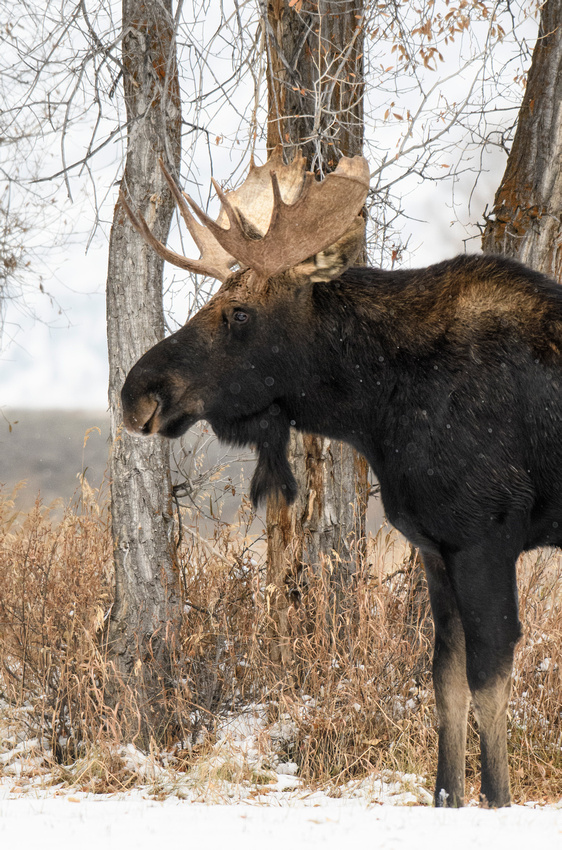 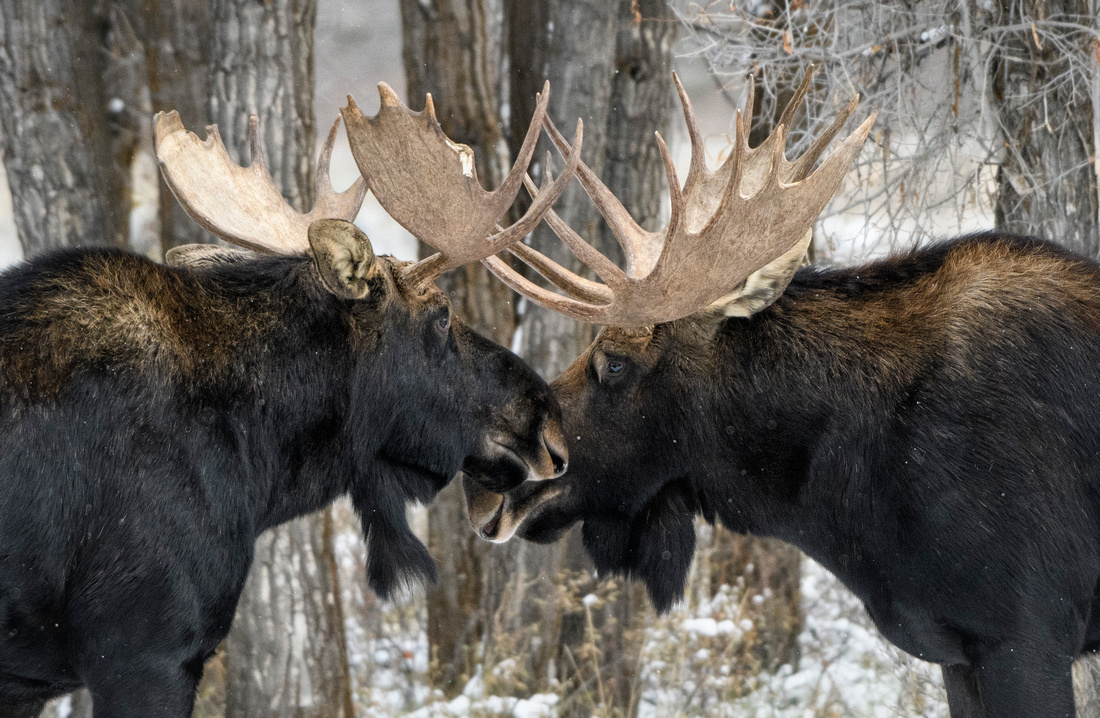 Subscribe and Receive My Free eBook: Top 5 Tips to Improve Your Photography