Few birds are more regal than the American national symbol: the Bald Eagle.

What's surprising to many, however, is what the Bald Eagle eats.

Picture a majestic bird swooping down from up high to snatch unsuspecting fish right out of the water.  If that's what you're picturing, you're probably thinking about the osprey.

Yes, the Bald Eagle does do that ... but on many occasions, the bald eagle's behavior more closely reflects that of a vulture than an osprey.

What the eagle cleverly figured out is that scavenging; either by finding left overs or by stealing food from other birds; is usually easier than hunting.

While I was photographing grizzly bears eating salmon, not once did I see an eagle swoop in to snatch a fish.  You see, it's much easier to come in for a graceful landing, walk around and eat the bear's left overs!

Which brings me to a funny story: did you know that America's national bird was almost the Turkey instead of the Bald Eagle?
As Benjamin Franklin wrote back in the day when the national bird was being decided upon: "The Bald Eagle is a Bird of bad moral Character. He does not get his Living honestly. … Besides he is a rank Coward: The little King Bird not bigger than a Sparrow attacks him boldly and drives him out of the District."

All that being said, however, when you observe a Bald Eagle, you'll instantly realize how majestic and beautiful it is.  The right choice for America's national bird.  Here is a variety of images from Alaska and the Greater Yellowstone Ecosystem.

Do you want a free print of any of my pictures of your choice?  Enter here! 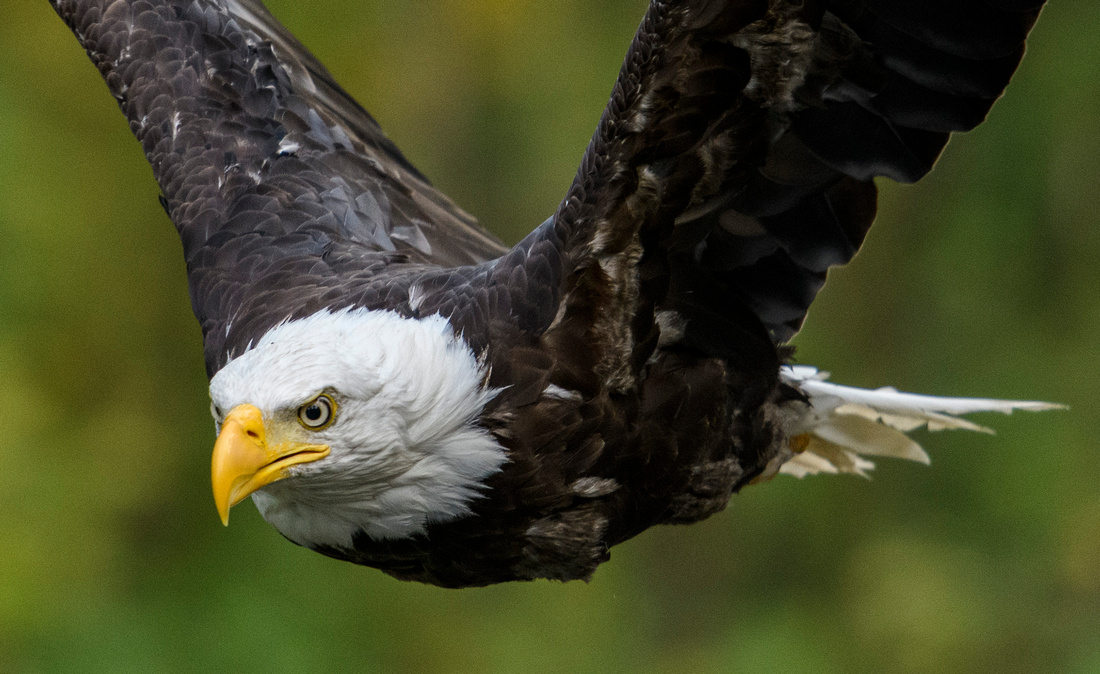 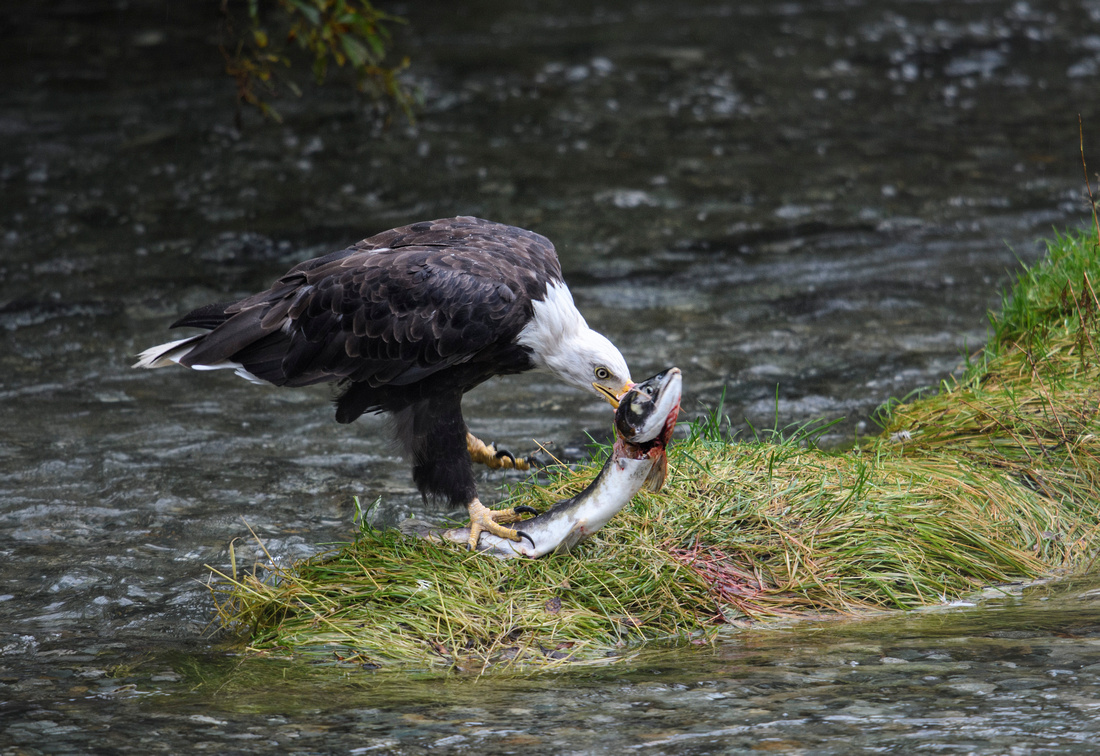 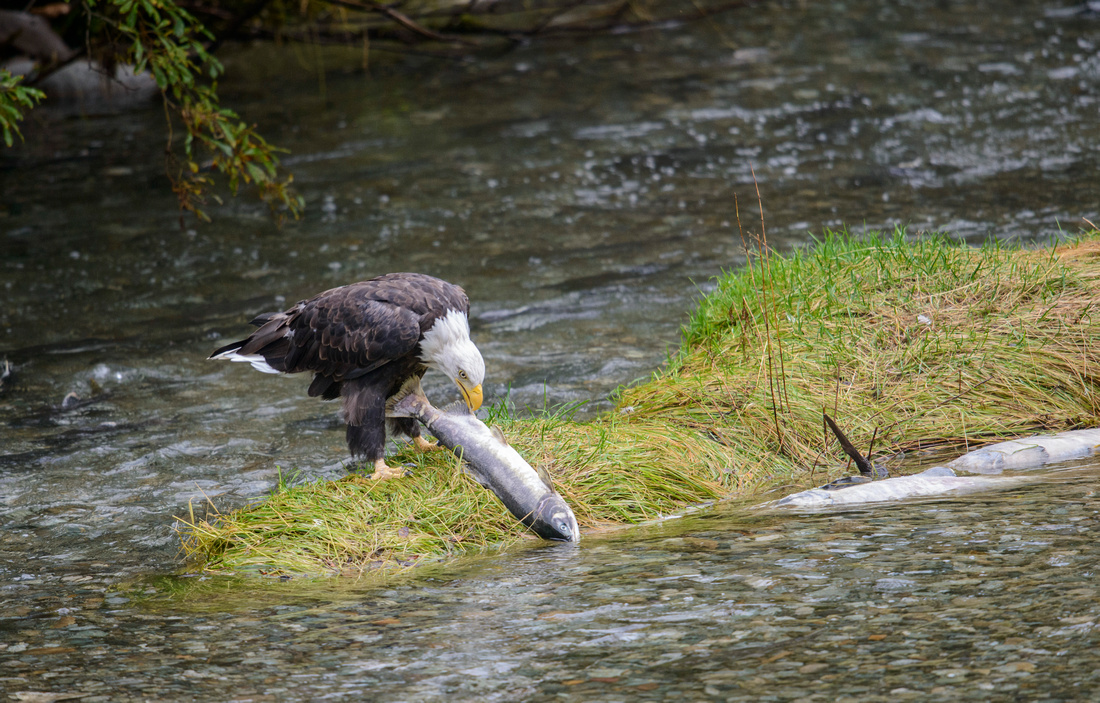 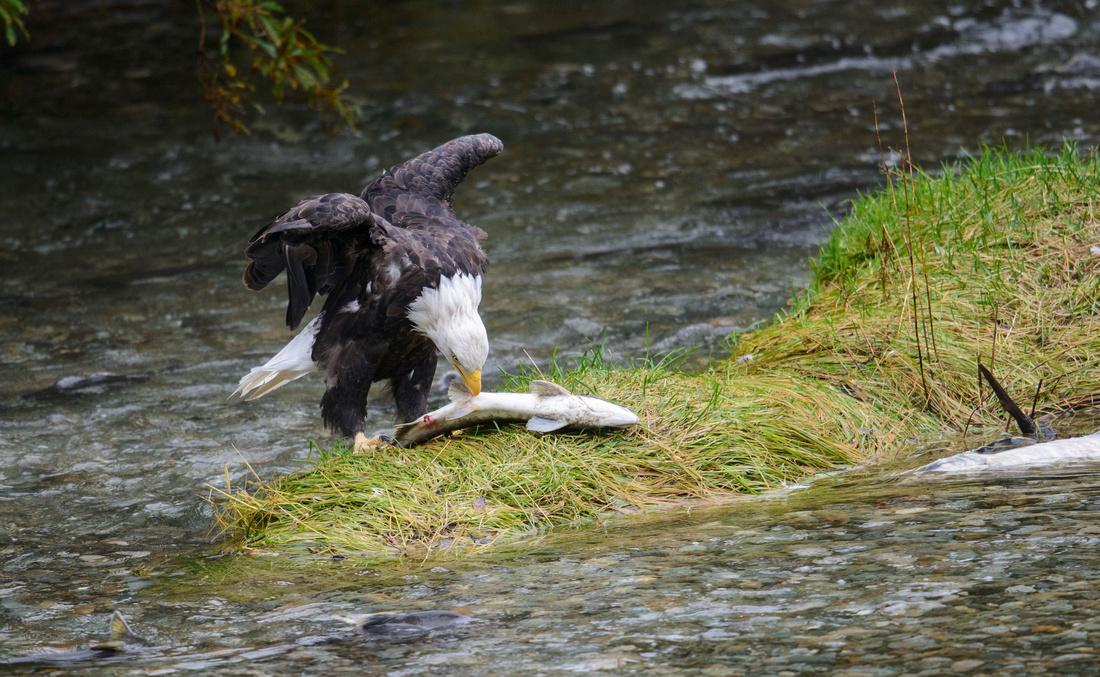 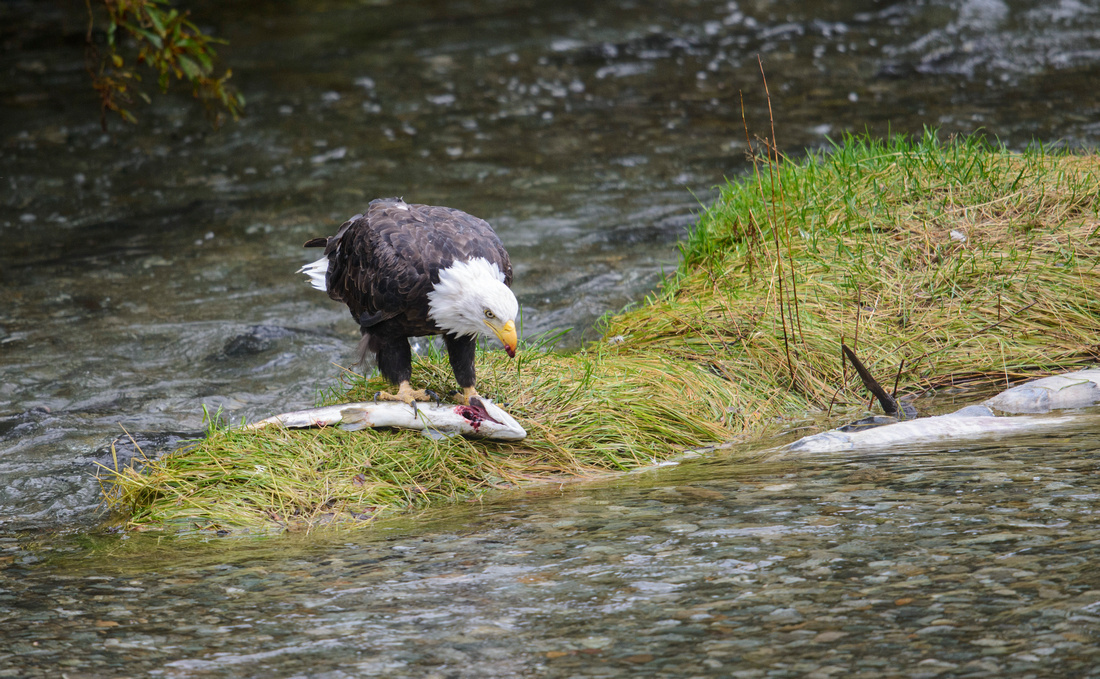 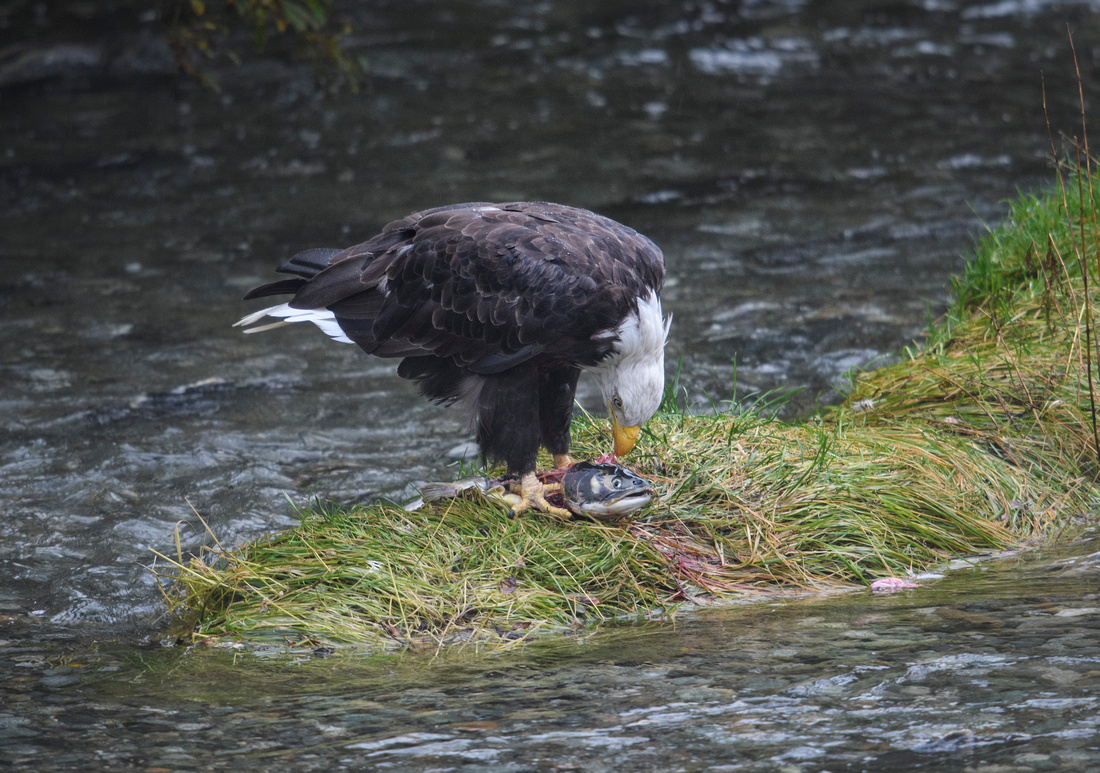 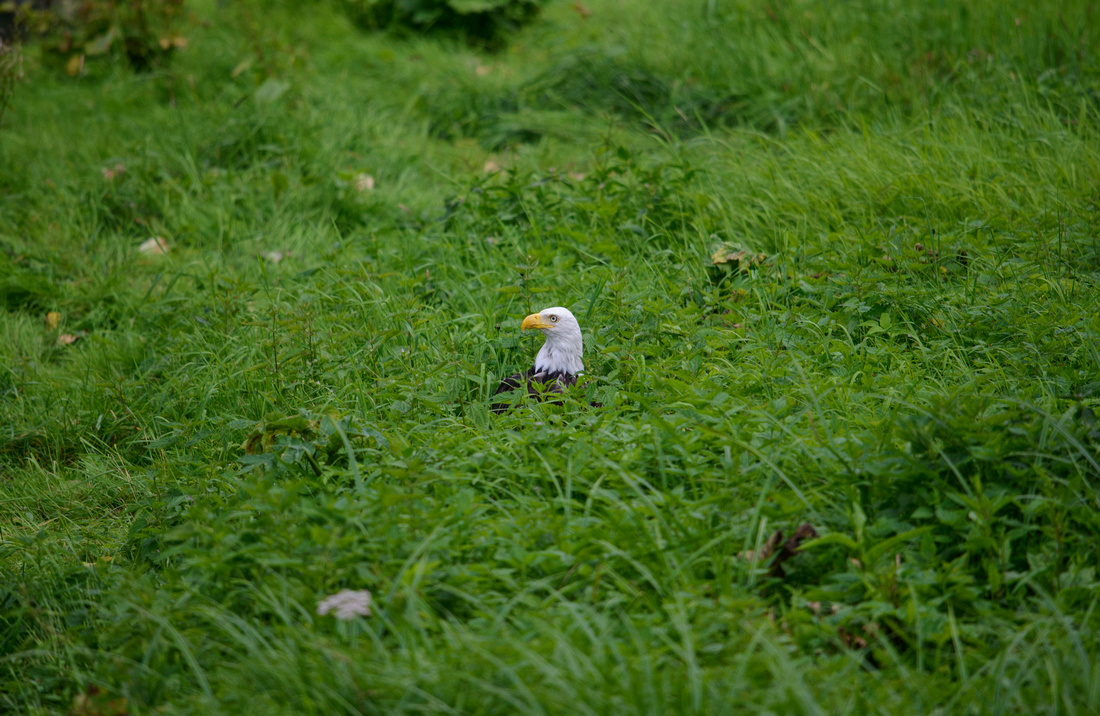 Walking around looking for left overs 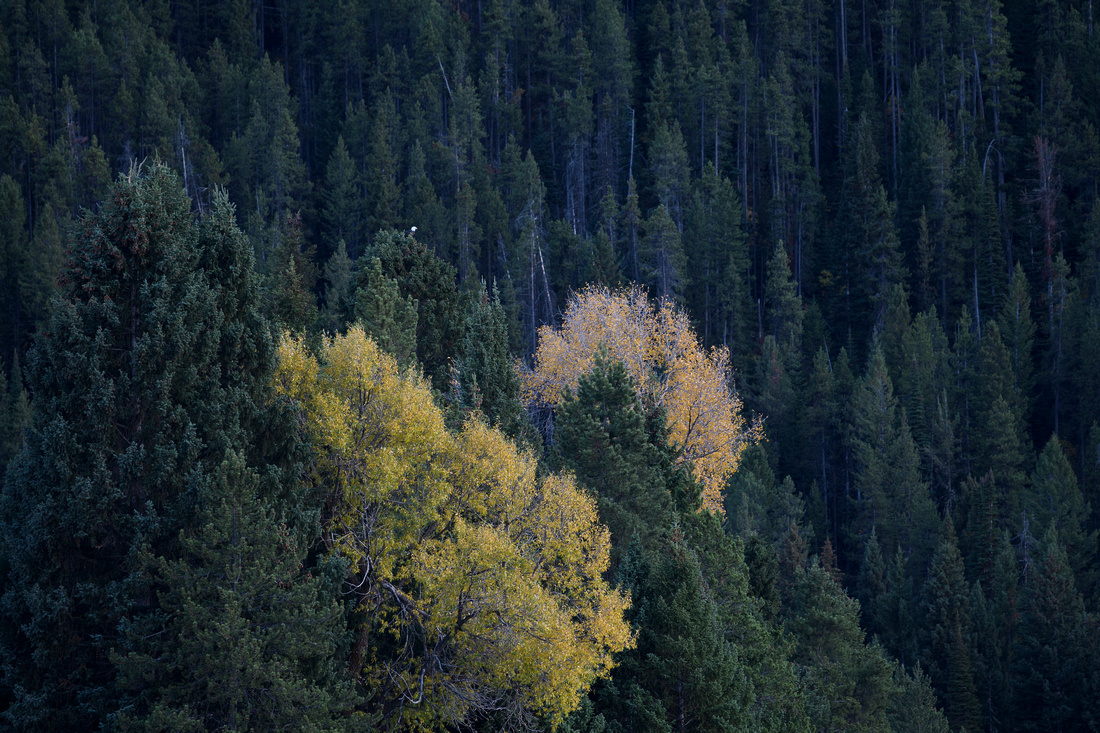 Can you spot the eagle?