When you set off on a hike into nature, you obviously never know if you're going to see a wild animal, let alone have an opportunity to take an image.

If you do finally find an animal that doesn't mind having its picture taken, the situation can call for a different lens than the one or two you decided to bring in your backpack.

Just to show that a lot of things have to come together if you're going to end up with a good image at the end of the day!

This hike started near the Gros Ventre river in Grand Teton National Park.  Someone had spotted a small, black dot up in the far away hills that morning.  When I started my sunset hike in the middle of the afternoon, I crossed my fingers and hoped that that small dot not only would turn out to be a moose but also that that animal would still be in the general area.

It took about 30 minutes of walking through a sagebrush field littered with badger holes to reach the start of the hill.  Then the exploration of the hill started.  More sagebrush alternated with dense aspen forests and low bushes ...

Finally, I spotted a cow moose along the edge of one of the aspen stands.  When I got closer, I spotted another cow moose.  And then another!  This being mating season, I was convinced that at least one bull moose would be nearby but where was he?

Turns out the bull moose was bedded down in a dense aspen stand.  It was a miracle in my eyes that he even got in there while carrying that large set of antlers on his head!

Just before the sun went behind the mountains, the bull finally got up and posed beautifully in front of the golden fall foliage. 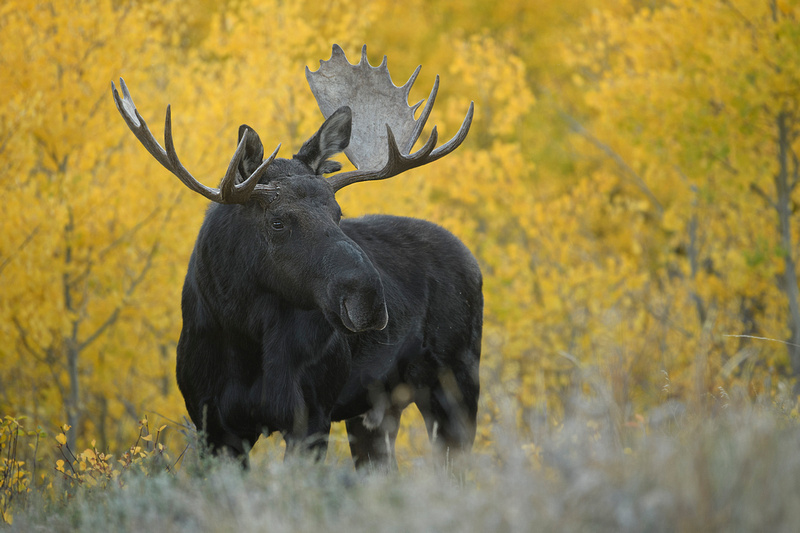 ... and, he performed by doing a lip curl (or Flehmen response)! 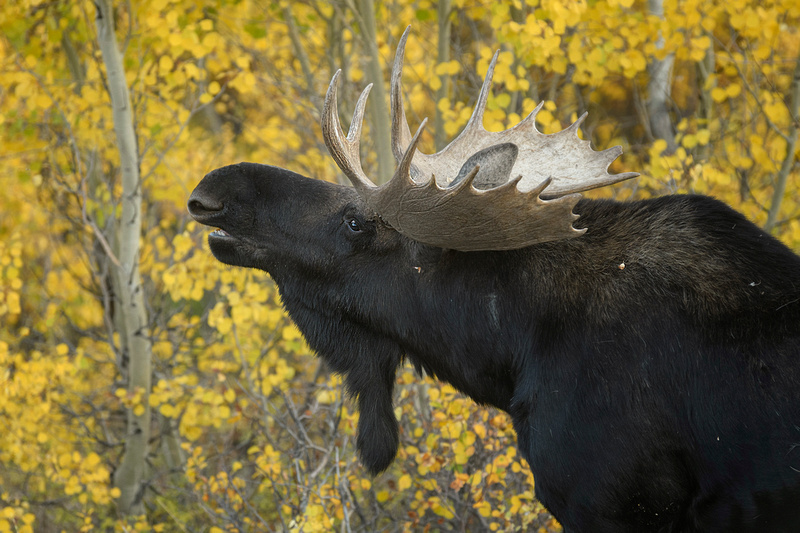 Images are available as Fine Art Prints in my Etsy shop: click here