Sometimes a big lens and high megapixel camera body reveal details you never noticed while being out in nature.

I was lucky enough to encounter and photograph grizzly bear 399 and her four cubs (yearlings now) several times so far this spring and summer.

However, while watching the four cubs play on several occasions; you can imagine they get quite rowdy; I never noticed one of the cubs is missing part of his ear. Perhaps an accident while roughhousing ...

Only once I recently (finally) started editing some of the many images, I started noticing what appears to be an incomplete ear while zooming in on the bears in the photo editing program.

It's hard to be sure however, as it could be the angle of the image, or some misplaced fur ...

What do you think? 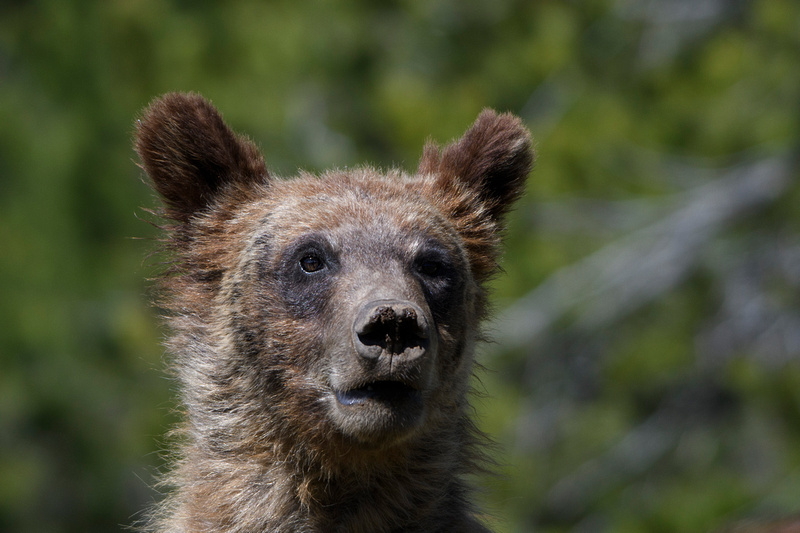 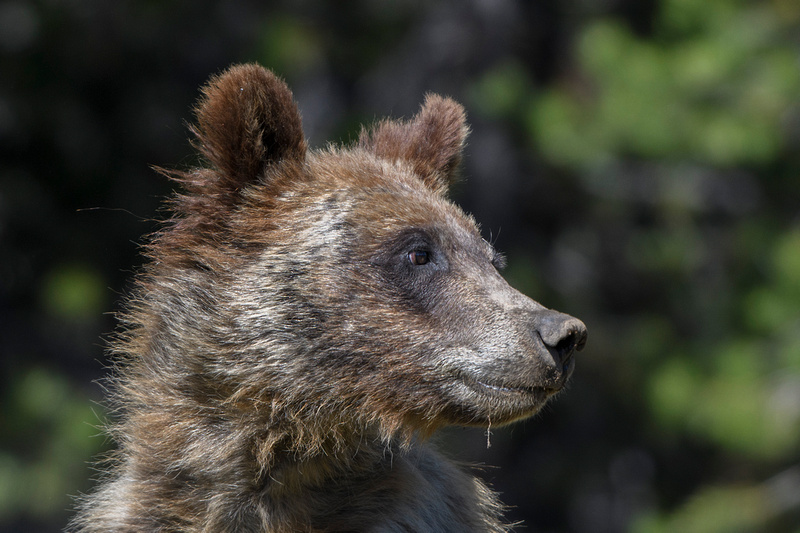 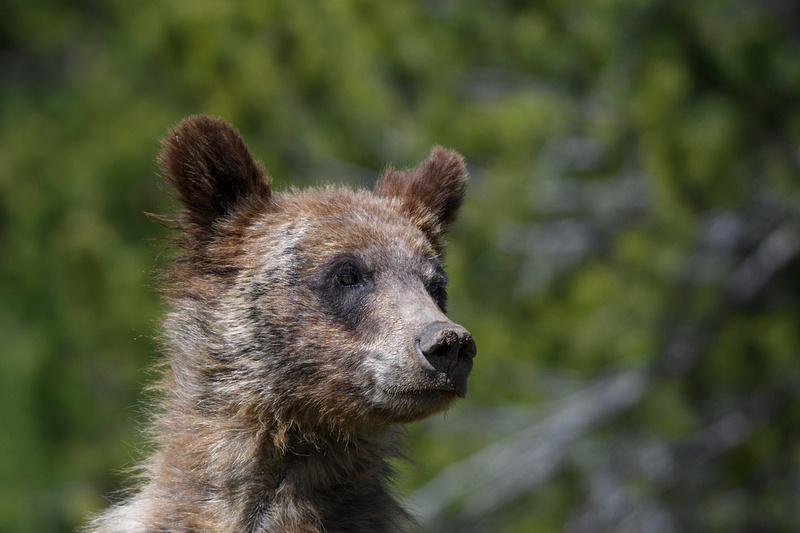 What do you think: is part of the left ear missing or is it just the angle of the images?