If you've been following my recent posts, you may have noticed a few images of fighting bull moose. One image showed two bull moose duking it out; another showed three bull moose coming together to test their strength. Both images were made in the weeks following the annual rut so, as mentioned in those posts, those bull moose were merely playing around. No females were at stake.

The following image is a different story however.

I was photographing a bull moose in Grand Teton National Park who was guarding a cow moose during the rut. After about 30 minutes of observing them, suddenly, the big bull became agitated and he started looking around into the surrounding forest. A few minutes later, I saw why he was agitated: a second big bull appeared.

He left 'his' cow behind and headed over to the intruder. Time to settle who got to go back to the cow!

The two bulls approached each other slowly. They both started swaying their heads side to side, showing off their massive antlers. I expected one of the bulls to back away but they kept getting closer and closer ...

With a loud cracking noise, their stormed into each other!

I was so excited that I almost forgot to press the shutter release. The action was short-lived. After a few seconds, the intruder got the message. He turned and ran away. The victor watched his retreat and returned proudly to the cow! 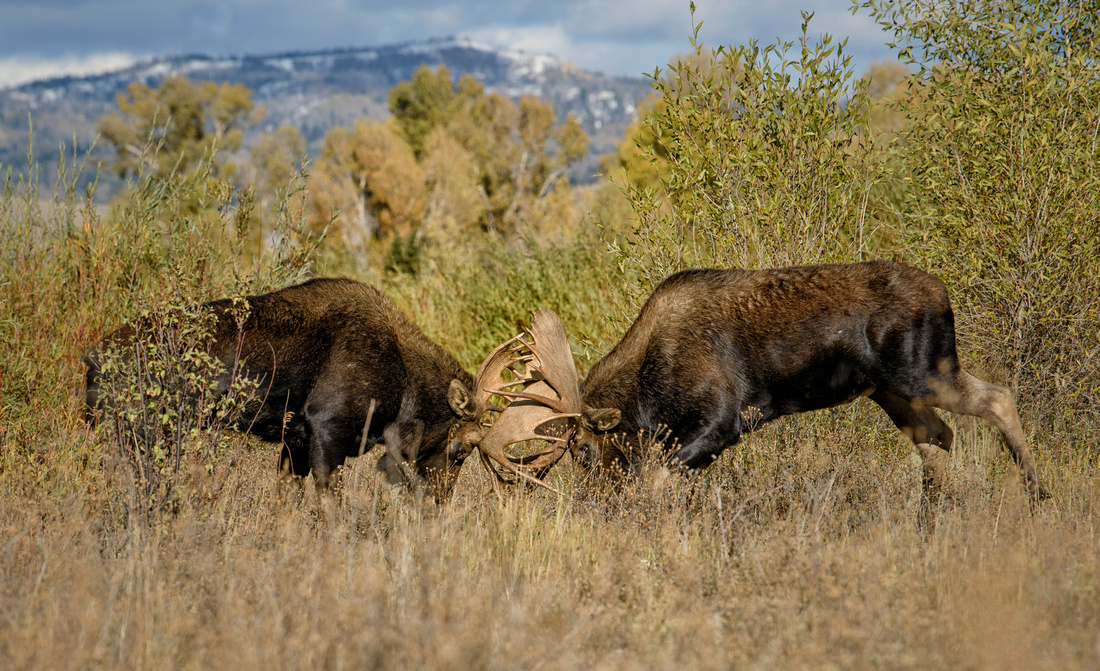 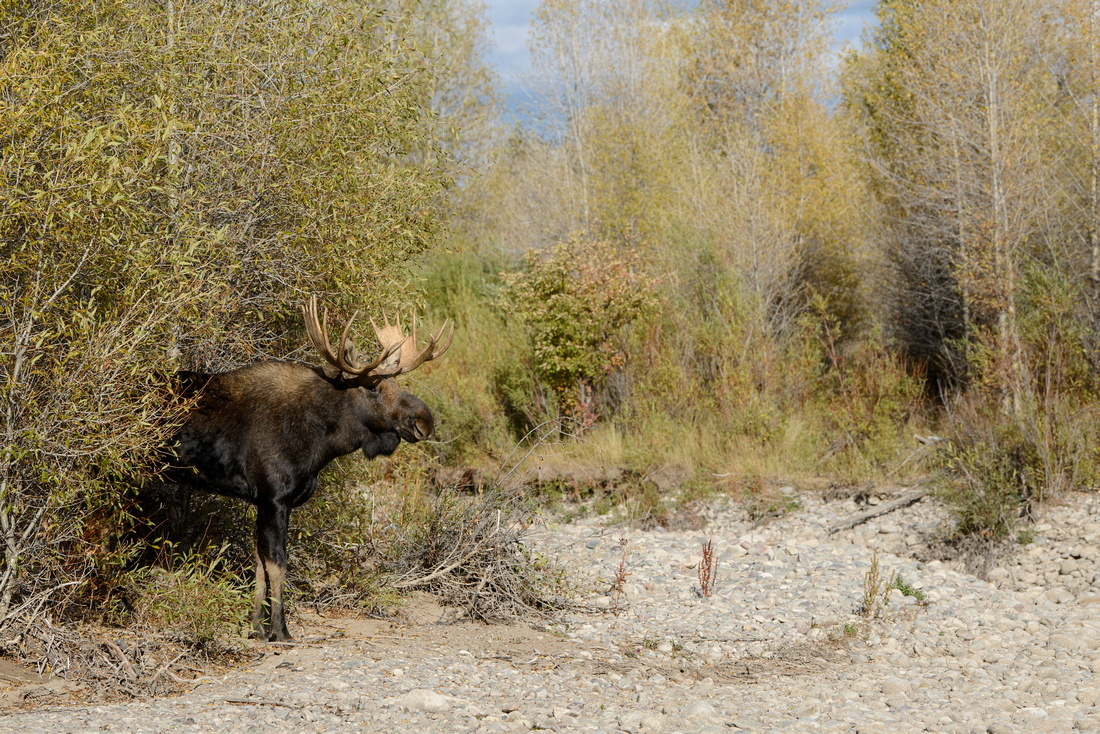 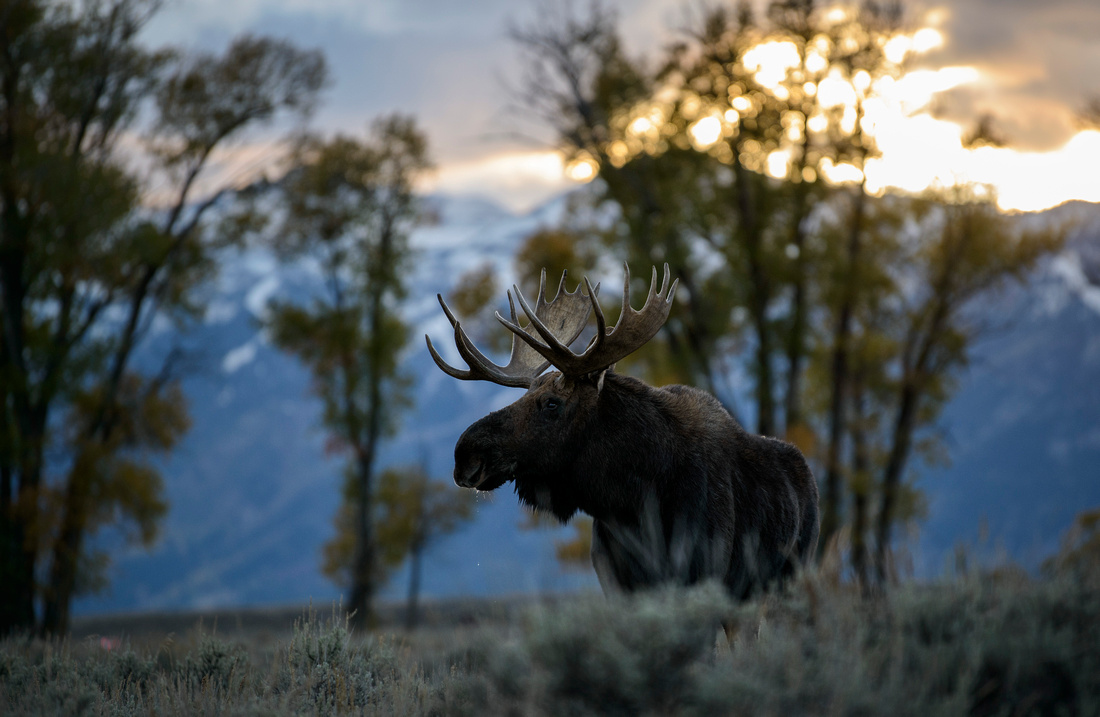 Subscribe and Receive My Free eBook to Improve Your Photography