The Story behind the Picture

What is going on with the moose teeth in this image that made it to the finals of this year's Comedy Wildlife Awards?

Well, it's not photoshopped as some seem to think.
(Sidenote: that wouldn't be possible anyway since the Comedy Wildlife organization checks the RAW file - the picture's "negative" - to make sure no editing or Photoshopping was done to the image)

I made this image of a big bull moose in Wyoming's Grand Teton National Park, where I typically spend the fall months photographing the moose mating season in September and October.

As some of you have noted, moose have no upper teeth.

But, then what are you looking at in the moose's mouth??? 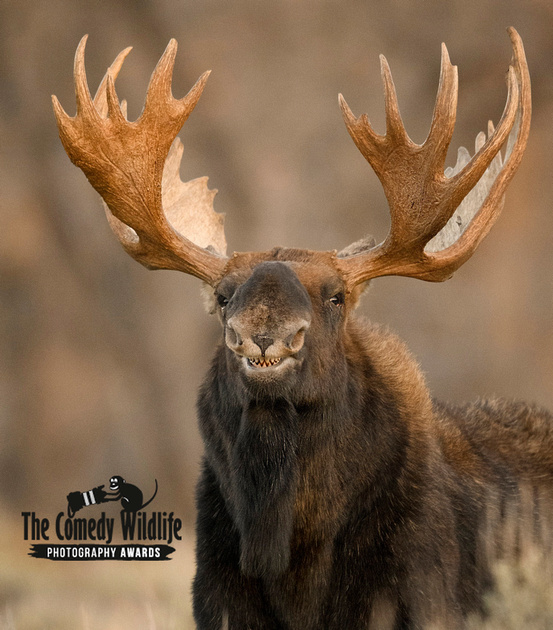 So, moose do not have upper teeth, but it looks like this moose has very sharp upper and lower teeth showing!?

What’s actually showing in the image is ... a combination of lower gums and lower teeth!

Because moose have no upper teeth, and certainly no sharp ‘shark teeth’, is the whole reason I thought this image is so funny.  Since I spend much time around moose here in the Grand Teton and Yellowstone area, I always realized it was just a lucky snap in a burst of images that gave the appearance of shark teeth, hence my submission of this image into the Comedy Wildlife Awards!

This bull moose was performing the 'Flehmen response' (read more about this behavior here) during which the bull moose curls up his lip.  As the lip curl was ending, this image shows the upper lip coming down on top of the lower teeth.

Still having trouble seeing the lower gums and lower teeth?

Here are a few close-ups of this bull moose’s lower teeth and gums that may help explain it, as well as a close-up of another bull moose's mouth. 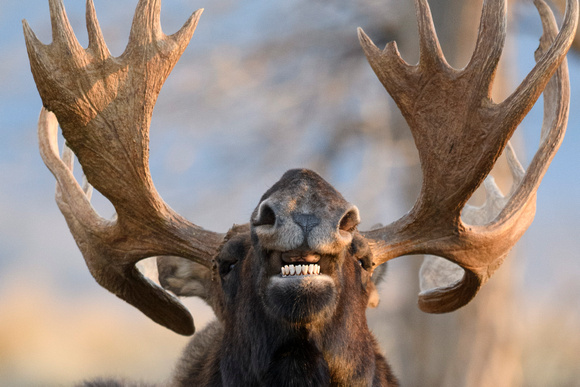 No upper teeth.  Imagine the upper lip coming down over the lower teeth. 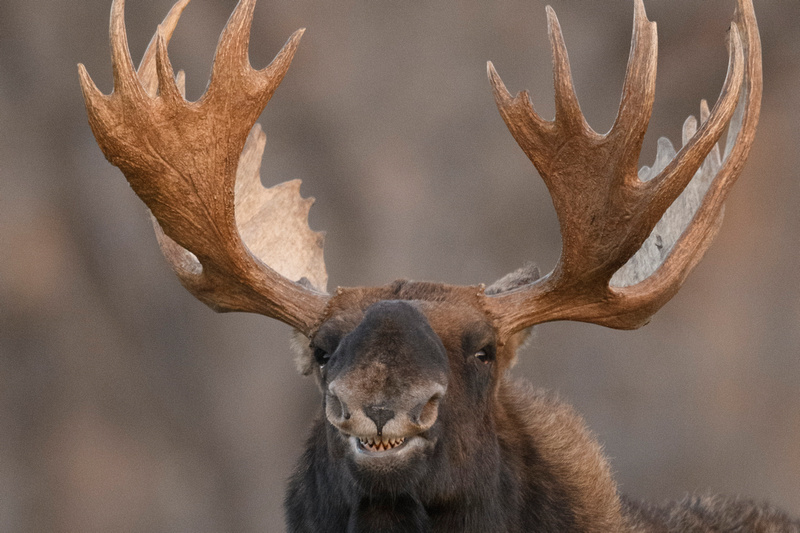 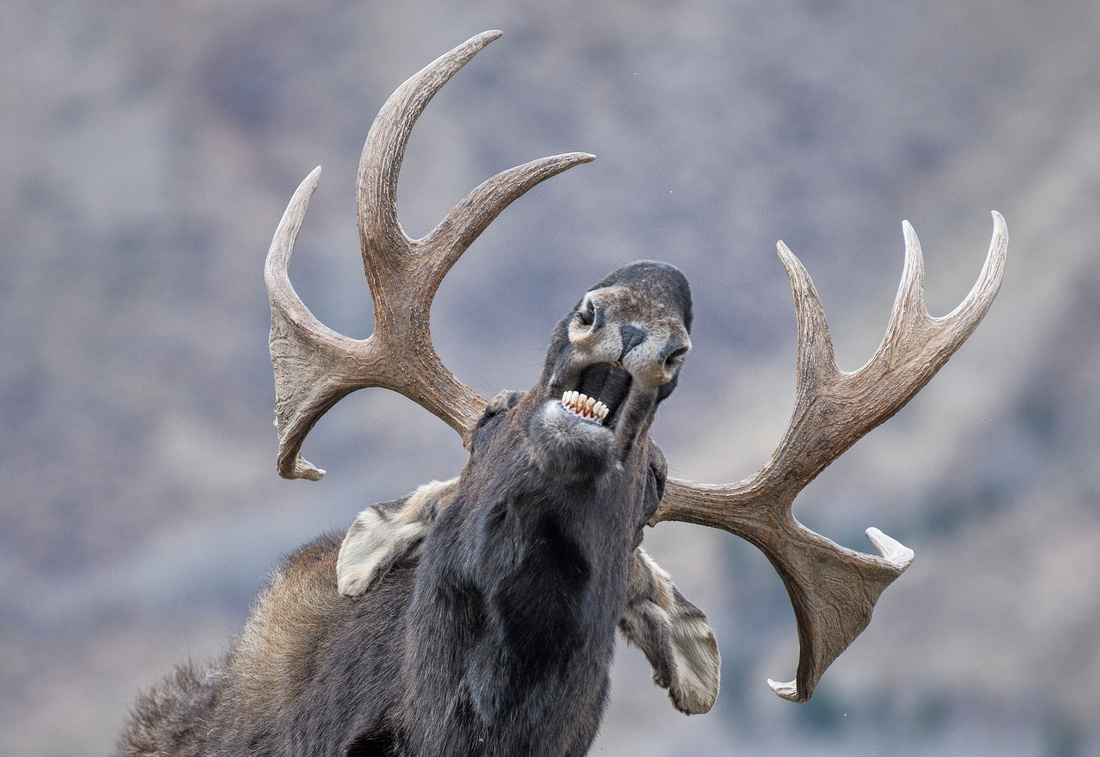 I am also selling fine art prints of this image: find them here in my Etsy shop starting at $47!

Here's what the fine art print looks like on the wall. 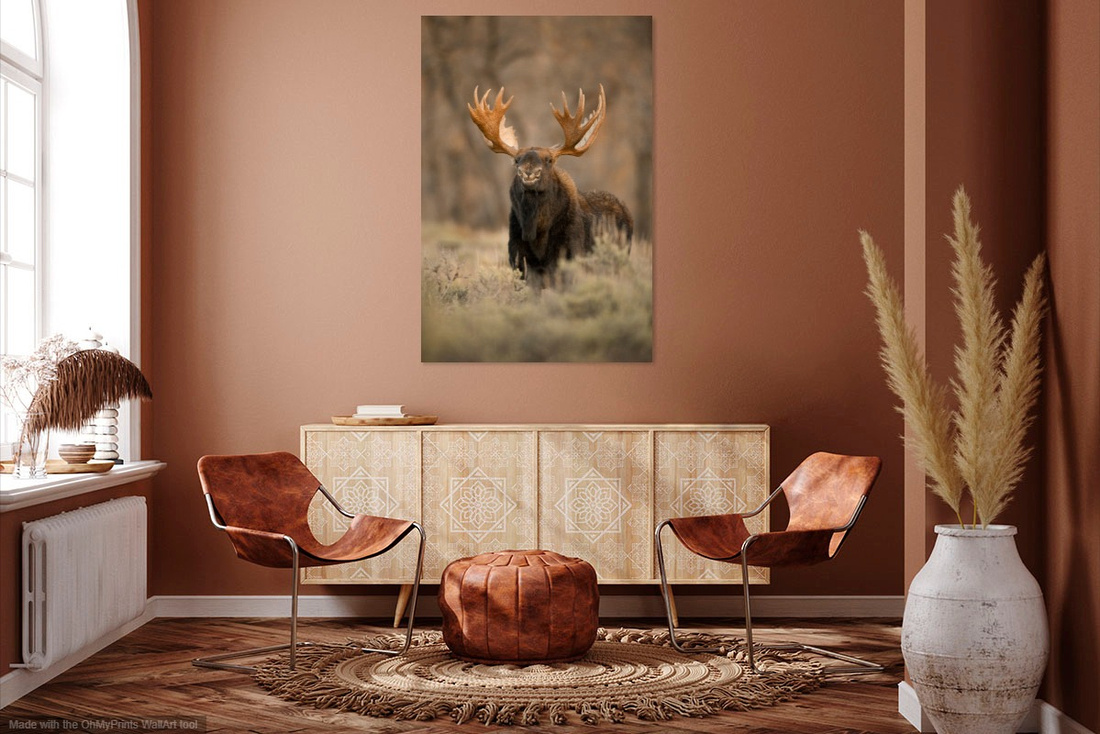 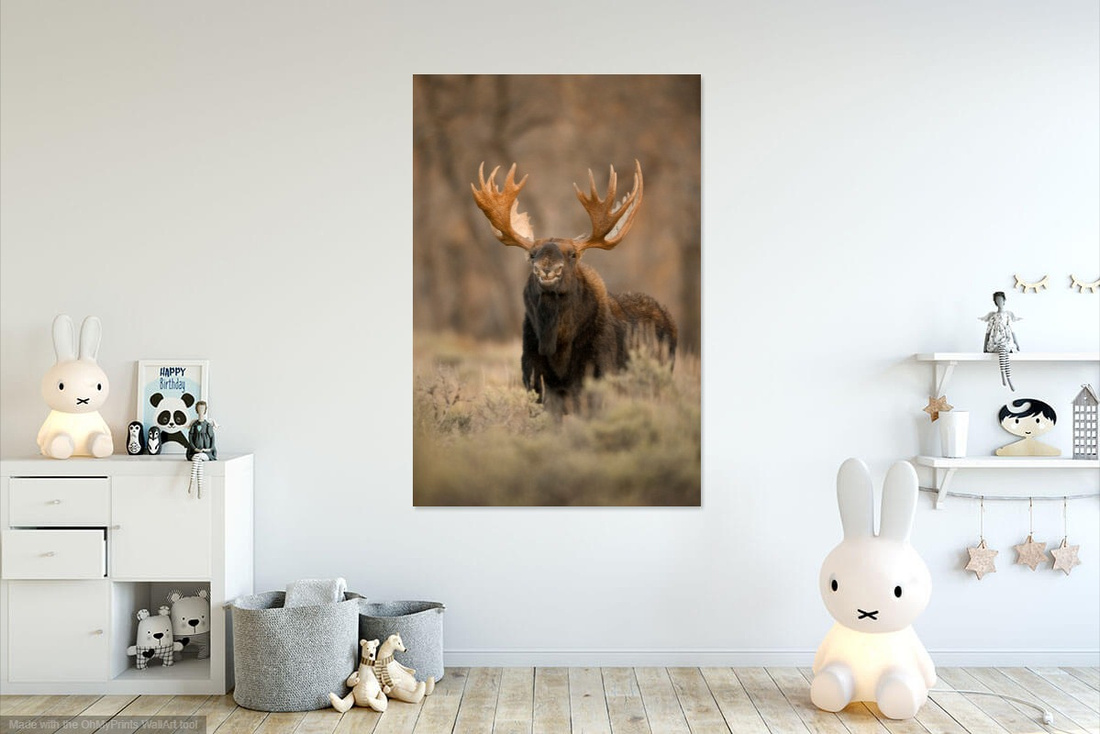 Do you want to learn how to configure your camera?

What settings work best to capture action and wildlife?

Check out my book, available on Amazon

Sign up to receive my wildlife stories and images directly in your mailbox!

Jorn Vangoidtsenhoven Wildlife and Landscape Photography
Thank you Linda! - Jorn
Linda Wappler(non-registered)
Such a funny picture and I loved the story of the teeth. Great job, hope you
No comments posted.
Loading...