I was observing these two for the better part of an hour and was surprised at how violent they were.

Even though the beach at Padre Island National Seashore in Texas stretches on for miles and miles, these two were determined to take control of the exact spot that the other one occupied.  Luckily for both of them, no serious harm appears to have been done. 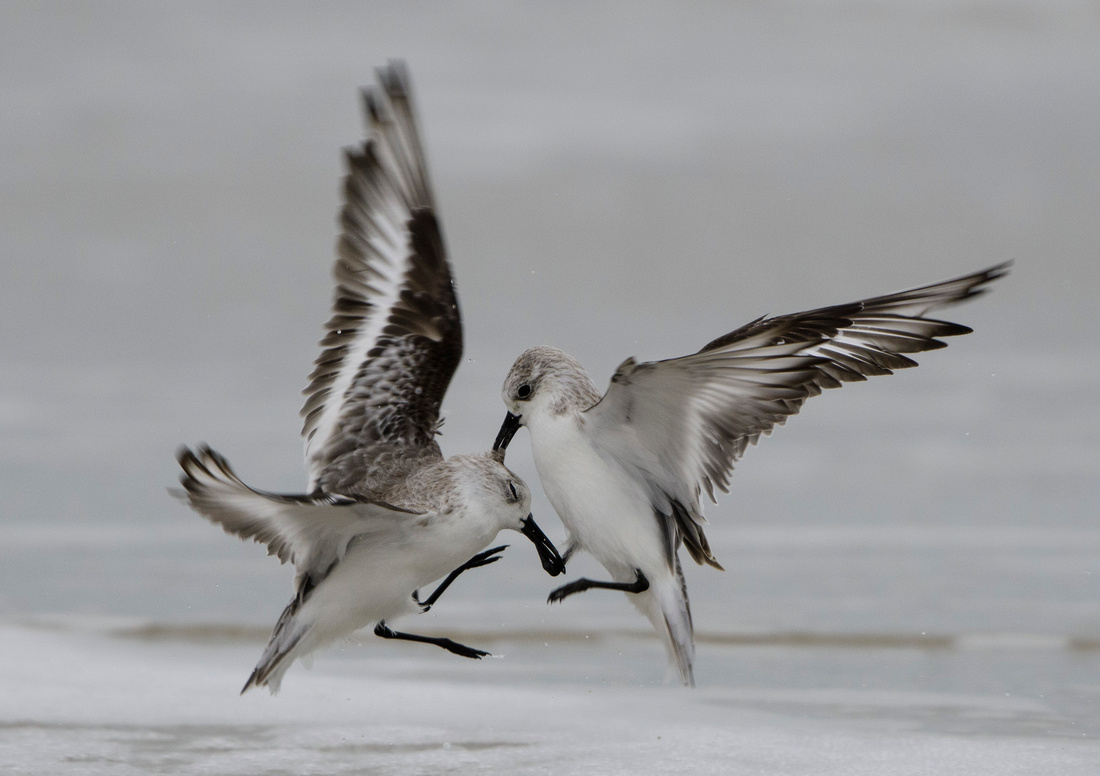 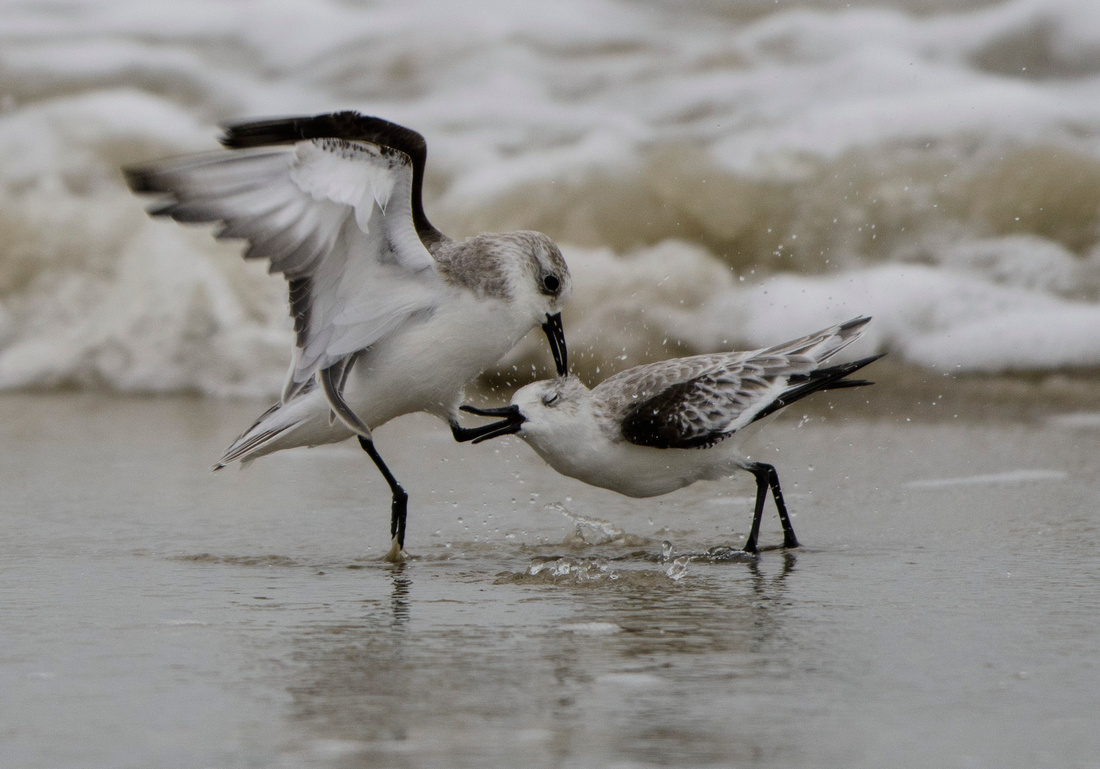